I have mixed feelings on political season. Mostly because there doesn’t appear to be a season anymore. They all just run together. Like how The Bachelor has been on TV for 16 years but they are inexplicably in their 87th season.

As the 2018 political season ends, it won’t be long until we start seeing campaigning for 2020.

In Canada, their election campaign length is 78 days.

In Japan, it’s 12. By law. Only 12 days compared to the hundreds of campaign days here.

Non-stop ads and this year, something different: Annoying texts messages. From both sides of the aisle. So I responded to them in the only way I know how.

I never heard back.

So now that the election is over, here you go! My responses to just two of the MANY texts I received.

First up: A text received from a Democratic candidate and my response: 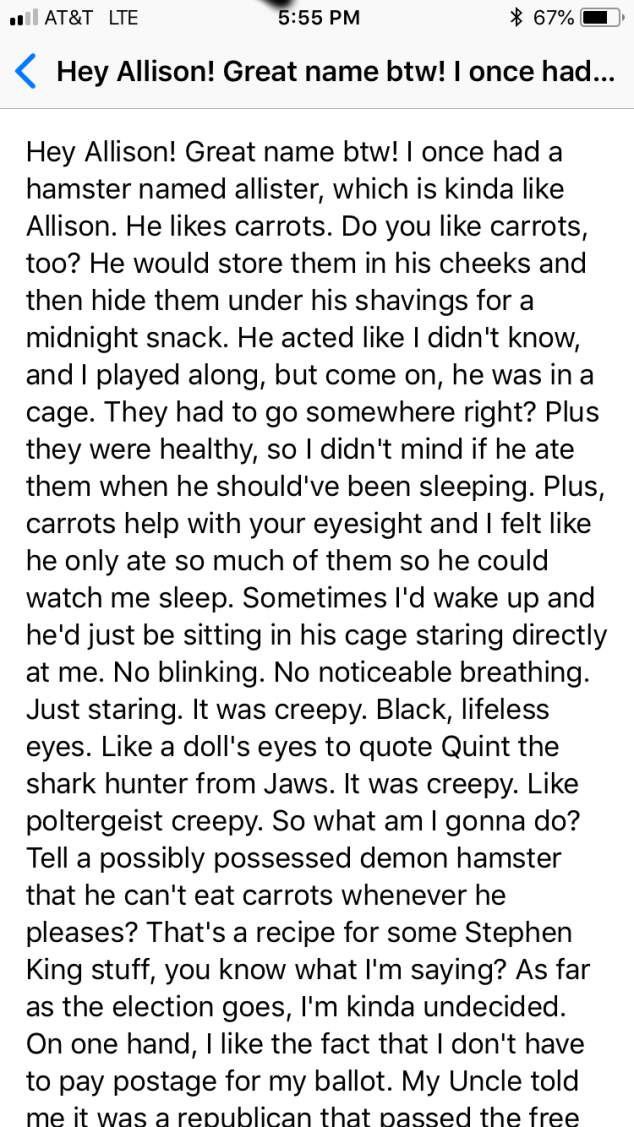 Next, as I am not biased in my trolling of either party, a response to a Republican candidate: 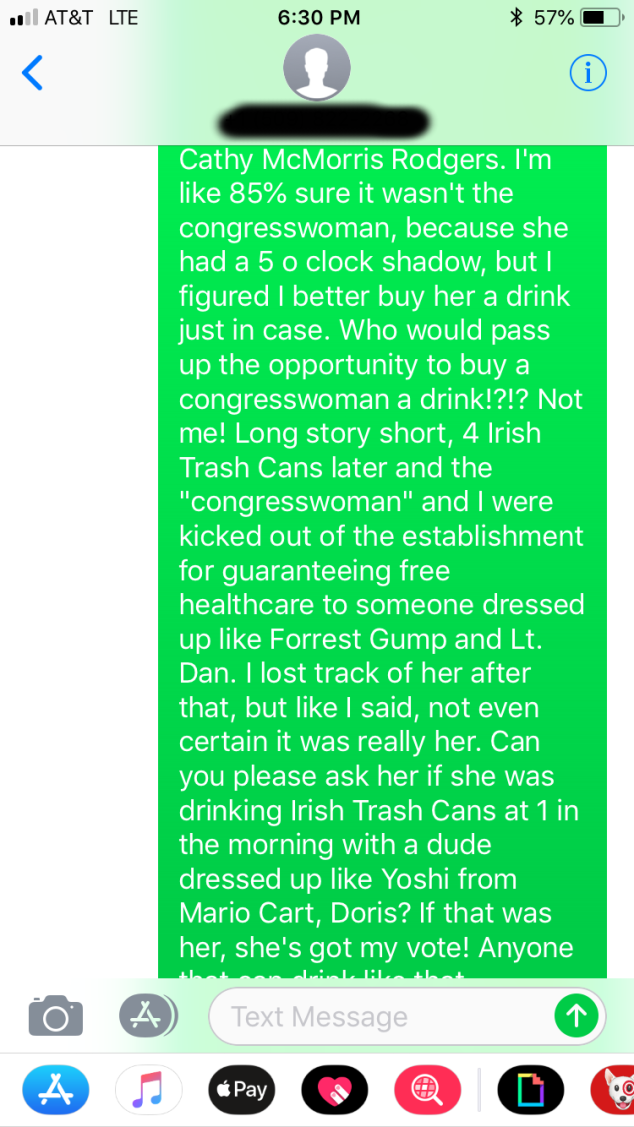