While watching Road House this past weekend (as I do most weekends), I couldn’t help but rekindle a thought that has plagued me for years: Road House and Cocktail occur in the same universe.

Much like Marvel and DC characters occupy the same world, I believe the ’80s icons Road House and Cocktail also take place within the same world.

Both movies have A-list actors at the front of a ridiculous plot with gratuitous violence and sex. And let’s not forget the amazing, yet dated soundtracks. Hell, they even have the same poster: 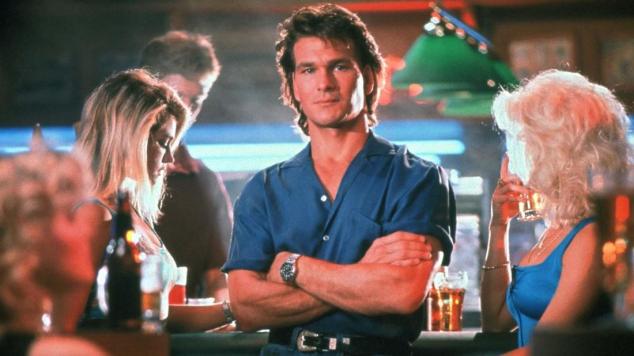 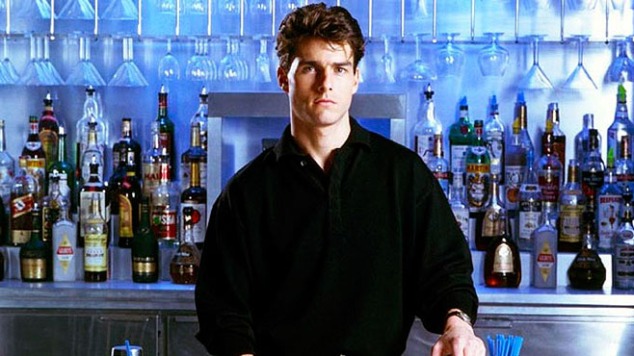 Both movies carry-out their plotlines with the drama of a Shakespearean play, yet at their core are really just about a cocky, little fish bartender finding his way in the big pond of New York City and a philosophical cooler/bouncer maintaining order at an outhouse of a bar in Small Town, USA.

I propose that at some point in cinematic time, these two titans clashed. This is what Hollywood should’ve been focusing on, not Critters 3 (although where would Leonardo DiCaprio be today without Critters 3?).A crossover feature of Cocktail and Road House. Cock House. No, that’s not a good idea. Road Tail. No. Ok, we’ll work on the title later.

But think about it. At the beginning of Road House, we find Patrick Swayze in some New York-style bar. It very well could’ve been the bar that Tom Cruise visited when he brought Bryan Brown that bottle of whiskey to settle a bet in the Bahama’s that he couldn’t bed a rich chick.

Bryan Flanagan could’ve walked right by Dalton as he was breaking up a fight between two guys openly doing cocaine on a glass table while some unknown band rocked out with key-tars and loose-fitting vests to a crowd that actually filled a dance-floor for hours. The ’80s seemed like a great time for bar bands, as is evidenced by both Cocktail and Road House. As someone that plays in a bar band in 2019, this just isn’t the case anymore. Dance, people!

The only difference I can come up with:

Ahhh, there you go. Kelly Lynch is the “Lynchpin” (HA!) in all of this.

Could these movies co-exist? I think that’s obvious, but only one person could confirm it. Unfortunately, we lost Patrick Swayze way too early and Tom Cruise doesn’t seem like the kind of guy who would confirm something that he did 30 years ago. But I’ve always admired Kelly Lynch and knew she could help me out with this.

So I tweeted her.

Not only did Kelly Lynch respond, but she built upon this theory that the two movies happen in the same world when she suggested that her 1989 film Drugstore Cowboy could also live within this insane world of jail-themed bars with amateur poetry and ripping dude’s throats out after they try and kill an old man by literally blowing up his house because they have a vendetta against the philosophy major who lives in the barn and kind of reminds him of guys with whom he used to have intimate relationships in prison.

The point is… Kelly Lynch! Kelly Lynch is on board with this. And so are others. Or at least one other guy.

Sam Adams, the guy who tweeted out a video of WSU Head Coach Mike Leach blowing on his hot coffee, also agrees with me:

Cocktail and Road House absolutely live in the same universe. Let’s get to work on this, Cory. Can we start drafting a prequel script to Cocktail that features Coughlin at his bar tending peak, with Dalton cracking skulls as an undisciplined bouncer? https://t.co/rq60snDtJp

The rough draft plot would feature Kelly Lynch’s character and Dalton (Doc and Dalton) heading back to NYC after the events of Road House. Dalton just couldn’t take living in a town where he already killed so many people. Memphis was not an option, we already know that (too much blood in that town, too). So they went back to NYC where for some reason, Kelly Lynch’s character left Dalton, who no longer was a functioning member of society after ripping out so many throats, for Bryan Brown’s character.

We all know what happened to Bryan Brown’s character. Unable to cope with this latest failed relationship, Kelly Lynch’s character heads for the west coast (Portland) where we pick up with Drugstore Cowboy.

That’s your rough draft timeline. It focuses on Kelly Lynch’s character more than anyone else. Again, because Mr. Swayze can’t reprise his role and there’s no hope for Tom Cruise reprising his. but come on, tying three movies together with the Lynchpin herself! What Hollywood executive dares not to green-light this!