“A Picture of a Polar Bear, doing Polar Bear things.” 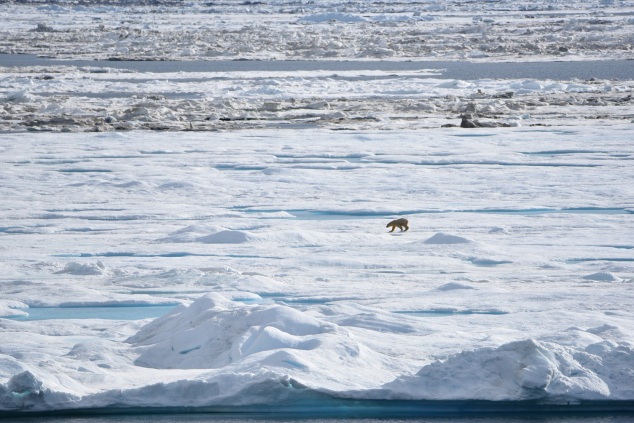 THIS IS SO COOL!
I woke up this morning to an unknown email address in my inbox that was simply titled “Cow Things.”
I thought it’s another critic or spam.
Did I use “golfing” as a verb and ruin someone’s day? Am I eligible for a free trip to Rome, but just need to submit my bank account and social security numbers? What could it be?
It was neither! As I rubbed my eyes and slapped my face to wake up and read it properly, I saw that it was from someone serving in the United States Coast Guard. “Cow things?” I thought. “Why would someone in the Coast Guard be writing me about cows?”
It was from EM2 Kelly Vannett. Mr. Vannett grew up in Coeur d’Alene and said he decided to get out and see the world. Smart move. My dad at one time in my life encouraged me to join the Coast Guard. I wish I had. But I decided to pursue dreams of rock n’ roll stardom instead. I didn’t pursue very hard, and here I am.
But my journey has led me to being able to occasionally write a sarcastic article on a local news website and express my opinions here, there, and on TV. That’s why Mr. Vannett was writing.
He saw THIS article (Cows doing cow things where they shouldn’t be doing cow things) that I wrote back in June and apparently enjoyed it. His email to me was to simply tell me that. That he and his crew aboard the USCGC Healy enjoyed my sarcastic article about cows running around Spokane. 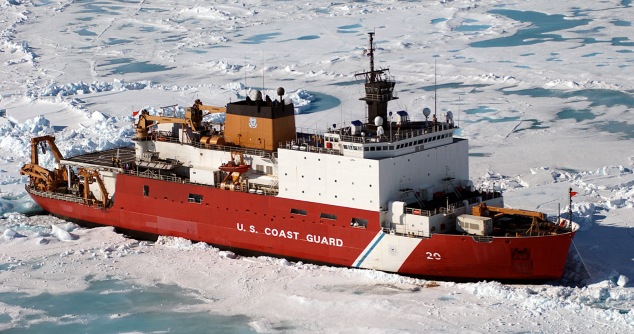 I mostly get negative feedback. People only seem to take to the time to write you when they have someone bad to say, but Mr. Vannett took time out of his busy day to write and tell me that he and his crew got the joke. It made my day and I’m humbled that my stupid sense of humor made theirs.
In response to my article about cows, Mr. Vannett even took the time to include a picture of a polar bear (AT THE NORTH POLE!), that he took while aboard the USCGC Healy. He even captioned it, “Here’s a picture of a polar bear doing polar bear things.”
Here’s Mr. Vannett’s email:

I am originally from Coeur d’ Alene.  Grew up there (on a steady diet of bacon and KHQ), decided to get out and see the world.  I’ve been everywhere.  In 2015, I went from the equator, to the north pole.  The actual north pole.  Why am I telling you this?  Because my home town doesn’t make the news.  EVER.  Even more rare for my friends talk about it without prompting.  Today, I was sitting on a Coast Guard icebreaker in the arctic circle, when I hear the headline of your story read aloud.  I thought it was funny and went to glance over at it.  Imagine my surprise to see KHQ plastered over the header of the page.

Anyway, that was funny as hell, and got a whole bunch of laughs out of the guys, and I’m sure I’ll keep hearing about it for the next 6 months.

Thanks for your service Mr. Vannett, and thank you for making my day.